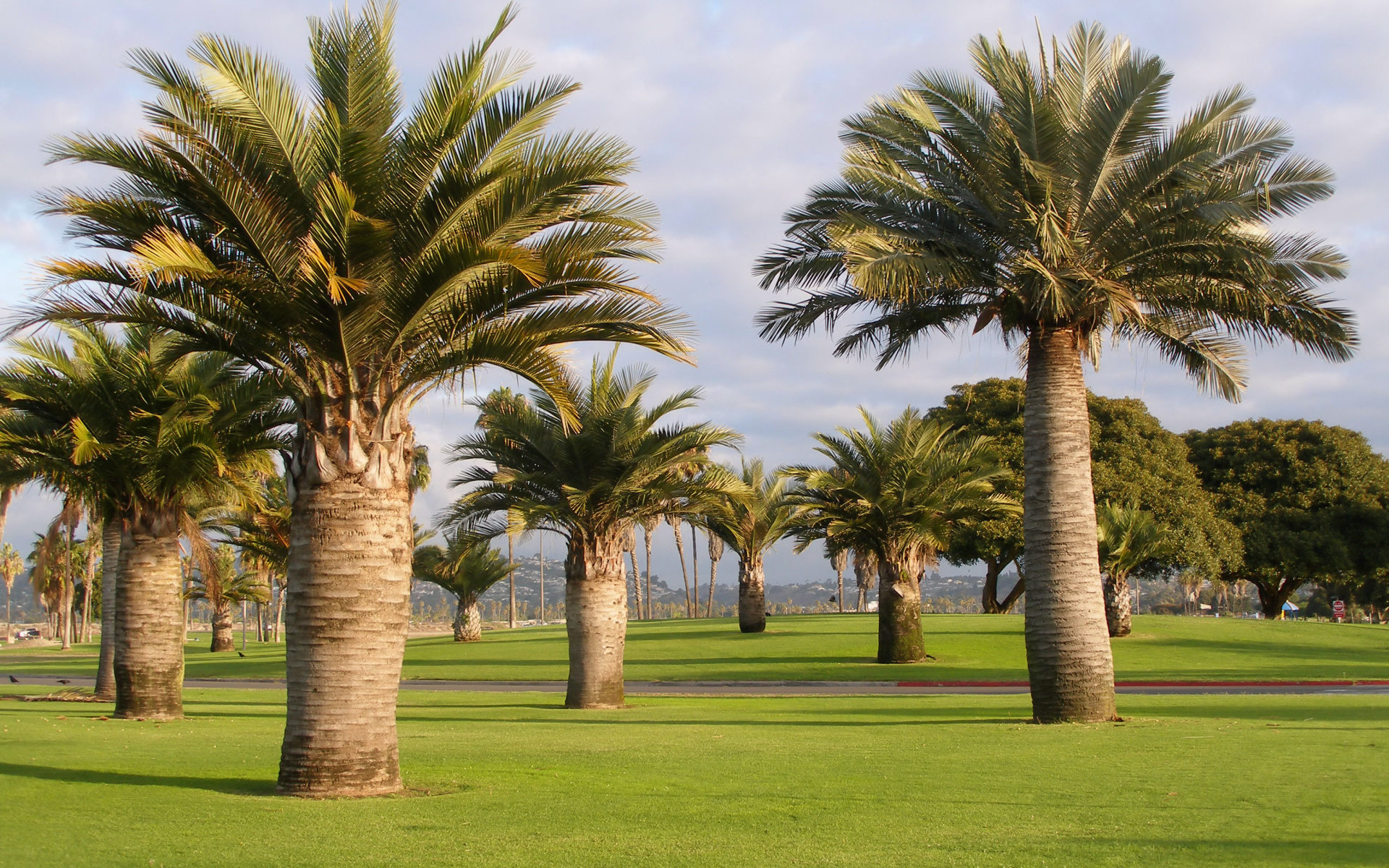 Jubaea chilensis, Chilean wine palms or Chile cocopalms from Leipzig are now ready for sale. You can order soon, visit our pages to stay up to date. http://www.lepalms.shop

Jubaea is a genus of palms (family Arecaceae) with one species, Jubaea chilensis, or J. spectabilis, the Chilean wine palm or Chile cocopalm. It is native to southwestern South America, where it is endemic to a small area of central Chile, between 32°S and 35°S in southern Coquimbo, Valparaíso, Santiago, O’Higgins and northern Maule regions. It was long assumed that the extinct palm tree of Easter Island belonged to this genus too, but it is distinct and now placed in its own genus, Paschalococos.

The tree grows very slowly, as it is usual for palm trees. It takes several years until the Jubaea starts getting its weight and size. It may take more than 20 years for the plant to get the height of a medium tree. It can reach a height of 25 m (82 ft) with a trunk up to 1.3 m (4.3 ft) in diameter at the base, often thicker higher up, and with smooth bark. The thickest well-documented Jubaea was that on the estate of J. Harrison Wright in Riverside, California which was 5′ 6″ (1.68 m) thick “at shoulder height”. The largest of several specimens at the Adelaide, South Australia Botanic Garden in 1889 was stated to be 6 ft (1.8 m) thick at the base. A hollow (but living) Jubaea in the Valle de Ocoa in La Campana National Park, Chile is between six and seven feet (between 1.8 and 2.1 m) thick at the base, with no apparent taper in the lower trunk. The 3–5 m (9.8–16.4 ft) leaves are pinnate. The largest individual specimen of indoor plant in the world was the Jubaea chilensis at Kew Gardens which was cut off by Kew Gardens in 2014 because it grew to the top of its greenhouse, England. Of the 2,600+ known species of palms, Jubaea chilensis is the second most massive, exceeded only by the floodplain or river bottom variety of Borassus aethiopum. 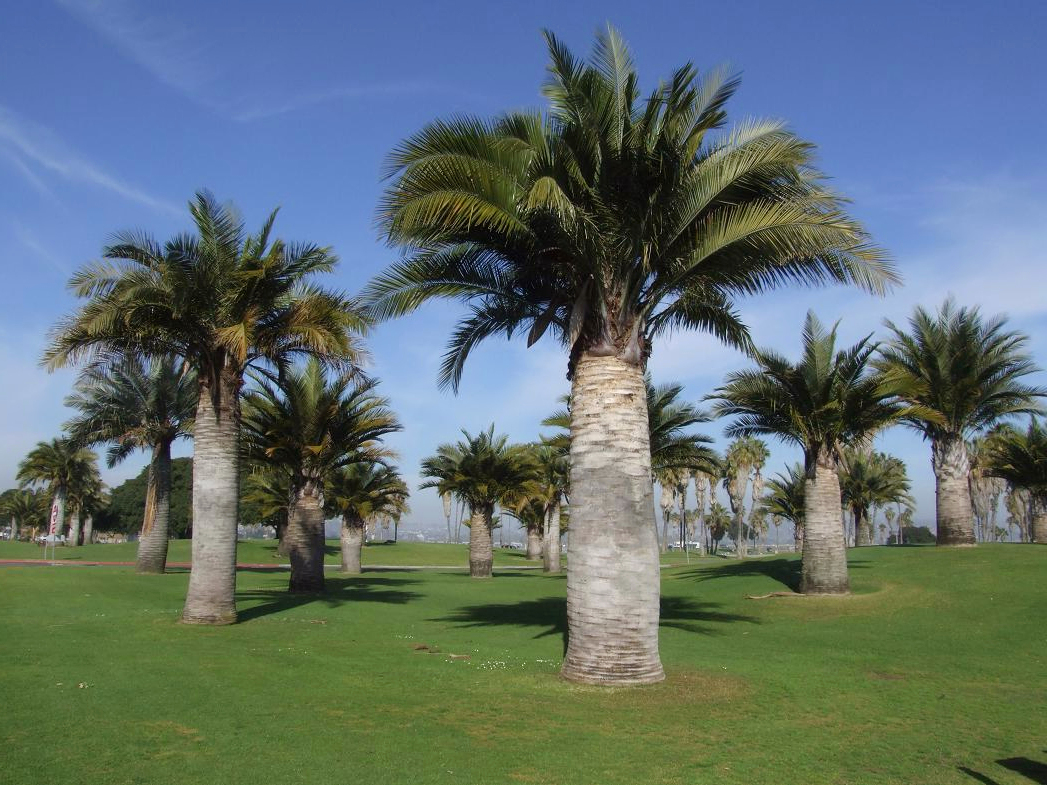 It needs mild winters, but will tolerate frosts down to about -15 °C (5 °F) as well as relatively cool summers, making it one of the hardiest of pinnate-leaved palms; this is because it grows up to 1,400 metres (4,600 ft) above sea level in its natural habitat. In the wild, the tree lives almost exclusively on the steep slopes of ravines.

In the U.S. this palm grows best in dry summer climates like most of California, and in semi arid climates in parts of Arizona, New Mexico, and west Texas. Generally, this is not a palm for tropical climates like Hawaii, Florida, or parts of northern Australia. https://en.wikipedia.org/wiki/Jubaea